Today, we set out on another trek across the country, taking a flight north to New England in advance Jaclyn’s sister’s wedding in Cape Cod.

It was hard getting packed and out of the house — not because organizing suitcases was particularly difficult, but because Miles kept climbing on the luggage. 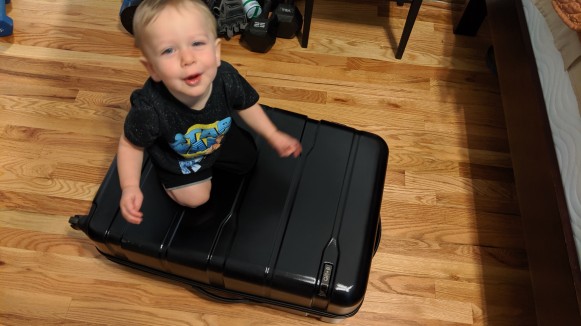 Miles has, of course, been on a plane before; however, he was much younger then, lacking things like environmental awareness and opinions. I was nervous that, as well as our Denver trip went last year and despite Miles’s love of his avian friends, this flight might present us with a baby who has grown accustomed to being on the ground and doesn’t favor being propelled into the sky. Thankfully, not only was Miles quiet during the flight, he was also more attentive during the safety procedures presentation than most adults.

We’re staying at an Airbnb most of the week, and Miles is already in love with the place, primarily because the futon is low enough to the floor that he can climb up onto it (see the previous entry about Miles becoming a baby without fear).

While the trip took a lot out of us, we were all definitely ready for dinner by the time we got to the Boston area. Fortunately, we drove past a sign that said “$1 Oysters on Mondays.” 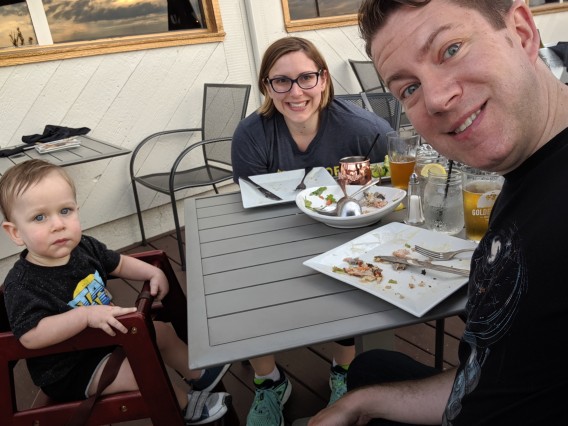