Sleepless nights, constant noise, crap (both figurative and literal) all over the floor…all some of parenthood’s more challenging aspects. None, however, compare to the sheer rage manifested during the assembly of new toys. As Miles’s birthday draws ever closer, so too does the barrage of exciting, large toys that I’ll get to build. And wouldn’t you know it, we got another…eh…”Asian import” in the mail already: a bona fide, child-sized, motorized car.

Upon opening the box, I noticed two things immediately. The first was that the car was designed for ages 3-6. The second was the assembly instructions.

Now, there were only about a half-dozen individual pieces to put together for this one, with minimal screws involved. Should be a cinch, right?

The instructions generally read like Arthur Weasley decided to take a crack at writing a technical manual. While the body of the car came more or less assembled and the wheels were easy enough to figure out, the instructions soon started mentioning pieces that I had to reason my way through, such as the “Goggle Frame” and the “Headstock Shell,” two normal, recognizable parts of cars.

After completing the assembly, I was dismayed, although not very surprised, to find that I had an entire panel left over that had not been mentioned in the instructions at all.

And what did Miles think of it? Well as soon as it was finished, Miles climbed right in… 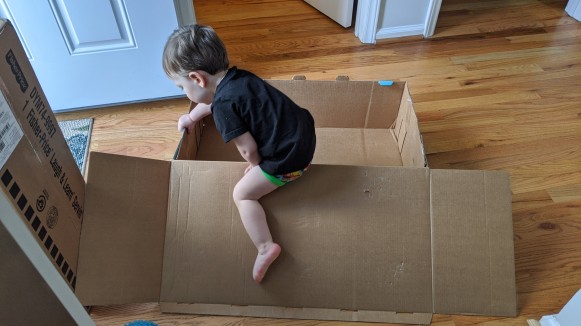 …to an empty box.

Eventually, he did give his car a whirl. Not that he’s figured out how to actually drive it yet.

As for me, my day of building things had only just begun. Next, it was the most hipster/millennial playset ever…

…and a brand-new bed frame, elevating Miles far from the security of solid ground. 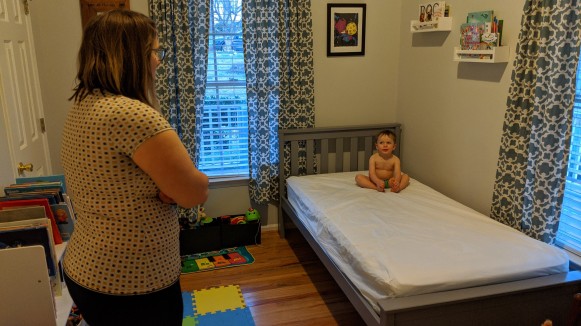